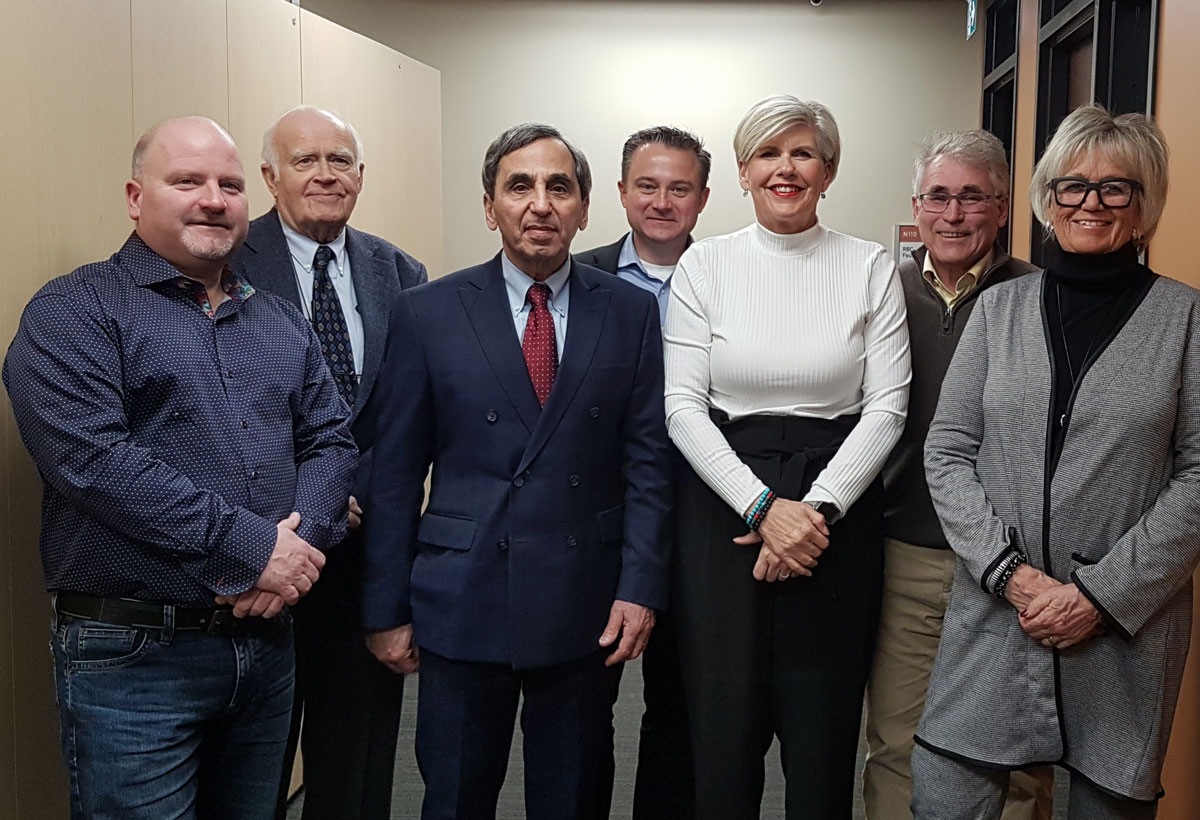 President: Betty-Lou Souter
Betty Lou is the CEO of Community Care St. Catharines and Thorold. She has received various awards and recognition for her work including the Ontario Medal for Citizenship, an Honourary Doctorate from Brock University and recently received a Life Time Achievement Award from The WIN Council of the Greater Niagara Chamber of Commerce.  Having served on various non-profit boards and task forces locally, provincially and federally, Betty-Lou brings a wealth of experience and expertise to the table as Pathstone Foundation Board’s Vice-Chair.

Past President: Paul Leon
Paul Leon is a longtime Niagara resident and lawyer for over 45 years. He served over 34 years collectively as a hospital board trustee, and is the current Chair of the Pathstone Foundation Board.

Vice President: Ruth Unrau
Ruth Unrau is a life long resident of Niagara.  She is a small business and leadership development coach and works with entrepreneurs, emerging leaders and community organizations.  Ruth is an active and dedicated volunteer and believes that strong communities are built by individuals who get involved and take action.

Director: John Darch
John is an Insurance/Financial Advisor and owner of John Darch Insurance & Investments Inc., representing The Co-operators in Beamsville and Grimsby. He is a lifelong resident of Niagara and father of three.

Director: Rosanne Marsh
Rosanne Marsh is a retired teacher who, over the years, has served on many charitable boards including Niagara Health’s “It’s Our Time Campaign”. Currently she is a board member of the Pathstone Foundation and also the Niagara Community Foundation.

Director: Greg Wight
Greg Wight was born in Sault Ste. Marie, and holds a B.A in Economics and is a chartered accountant. He was the President and CEO of Algoma Central Corporation before retiring in 2015. Greg held a number of senior roles in his 35 year career with Algoma that included Executive Vice-President and Chief Financial Officer. He has served on many non-profit boards including the United Way and Niagara Health System and most recently joined Pathstone Foundation and served as the fundraising chair of the Welland Canal Fallen Workers Task Force.  In addition, Greg is the currently a Director and Chair of the Audit Committee for the St. Lawrence Seaway Management Corporation and a Commissioner and Treasurer for the Niagara District Airport Commission.