To our Pathstone Supporters,

You don’t have to wait for much anymore. Many of us are adverse to lines, whether it’s to get coffee or even groceries. But when it comes to your mental health, you’re okay to wait?

People will die in line.

Anyone who has waited for mental health care will tell you it made everything worse.

They felt isolated and alone, were mentally and physically depleted, skipped school, missed work, and often pulled away from friends and family.

But waiting has become a defining characteristic of how health care is in Canada.

At Pathstone, we made strategic decisions to eliminate our waitlist, because quite frankly, we can’t live with the consequences.

I spent a morning with our Crisis & Support team recently to see first-hand how this vital service operates. Collectively, there are 100+ years of experience ready to work with every child that calls us.

This is just one of hundreds of calls they have taken this year. 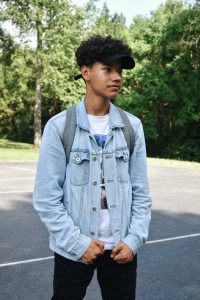 It was a Friday afternoon this past October. Matt called our Crisis & Support line from our parking lot. He didn’t have an appointment to see anyone, but he wanted to talk. The 17 year old said he had been feeling really low for the last three or four days and wanted to end his pain. Kathy was on the other end of the line and asked Matt to come in to meet. He didn’t want to, so they continued to talk over the phone. On a scale of 1 to 10 of wanting to end his life, where was he at? Matt said he was a 9, with 10 being that mostly likely he would take his life.

He had a plan, and had a way to complete it. While Kathy kept talking with Matt, her colleague Nola looked up his name. We had a file. Matt called around this time last year, but today he was firm in his decision.

When Kathy asked Matt to tell her about his plan, he shut down. He wouldn’t give her any more information. He wouldn’t promise her he would stay safe (otherwise called a ‘Safety Contract”). While Kathy continued to talk, Nola called 9-1-1.

Matt was met in the parking lot by Emergency Medical Services (EMS) and taken to hospital for TWO main reasons; he had a plan, and we couldn’t guarantee he would or could stay safe. The next call our team member made was to Matt’s dad. He was completely unaware his son was struggling as he was. Thanks to our team, Matt has support and a path of healing in front of him.

Suicide is scary, and our team takes it on every single day because Mental Health is a 24/7 job.

According to Niagara Regional Police, there have been ZERO reported cases of sudden death/ suicide among kids 18 and under since the start of this year. Pathstone is part of that reason. *suicide/sudden death report from NRPS.

While you may be ok to wait in line for popcorn – Kids waiting in line for mental health support is a tragedy.

We now have eight in-person walk-in clinics across the Niagara Region, where every day we see kids who are contemplating suicide or are in some other form of crisis when they come to see us.

Without these services, they would have no other choice but to WAIT IN LINE. Matt could be your son (or daughter) your sibling, your nephew (or niece). We can all turn our heads to mental illness until it affects us personally.

Your support of these life-saving and life changing programs means that your family and others can lean on us, today, and in the future. No waiting in line.

I want to thank you for your past support which has put kids and families at Pathstone on a better path.

I hope you will continue your commitment to them today by making a generous gift, and let’s end the wait. We can’t sustain these programs without your help.